"Honey!" I yelled, rushing in on my wife like a hurricane. "Look! I've got it! Look, honey, look! The fourth Golden A's Ticket! It's mine! I downgraded my season ticket package because our friends dropped out of our plan and our kids are now more interested in hanging out with their friends than their parents and the seat prices went up and the parking prices went up and the A's traded their best players, and then our new smaller season ticket package arrived in the mail today, and I opened it up, and the second set had the Golden A's Ticket, and now I'll get to write a big exclusive blog entry about the A's secret ballpark factory! IT'S THE FOURTH GOLDEN A'S TICKET, HONEY, AND I FOUND IT!"

Greetings to you, the lucky finder of this Golden A's Ticket, from Mr Wily Wolff! I shake you warmly by the hand! Tremendous things are in store for you! Many wonderful surprises await you! For now, I do invite you to come to my ballpark factory and be my guest for one whole day - you and all others who are lucky enough to find my Golden A's Tickets. I, Wily Wolff, will conduct you around the factory myself showing you everything that there is to see.

"When we said that Cisco Field would be the most technologically advanced sports facility ever built, we weren't just talking about installing the latest network bridges and routers," said Mr Wolff. "In the 21st century, true high tech is true green tech! Green like the A's, green like Mother Nature. Everything in our ballpark will originate from beautiful, all-natural processes. I insist on our ballpark being beautiful! I can't abide ugliness in stadia! Here, look how we make our beer:" 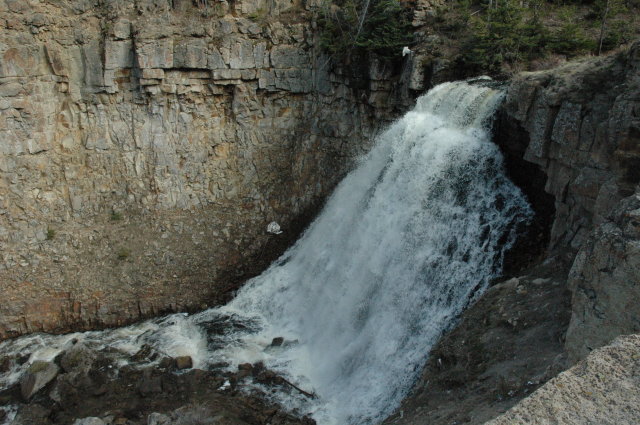 "The waterfall is most important!" continued Mr Wolff. "It mixes the beer! It churns it up! It pounds it and beats it! It makes it light and frothy! No other ballpark in the world mixes its beer by waterfall! But it's the only way to do it properly! The only way!"

"Off we go!" cried Mr. Wolff. "And please don't worry about Augustus Gload. He's bound to come out in the wash. They always do. And now we've come to where we are making our seating bowl." 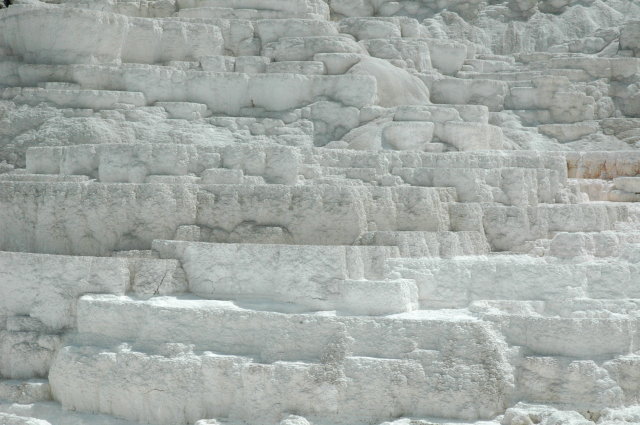 "We are standing on thick layers of sedimentary limestone, deposited millions of years ago by vast seas, which sit above a volcanic magma chamber." explained Mr. Wolff. "As rainwater seeps through the cracks, it mixes with carbon dioxide rising from the magma chamber to form a weak carbonic acid solution. This hot, acidic solution dissolves great quantities of limestone as it works up through the rock layers to the surface hot springs. Once exposed to the open air, some of the carbon dioxide escapes from solution. As this happens, limestone can no longer remain in solution. A solid mineral reforms and is deposited in the form of terraces which will make up our seating bowl."

"We use a similar process to create all-natural backstops and outfield walls." 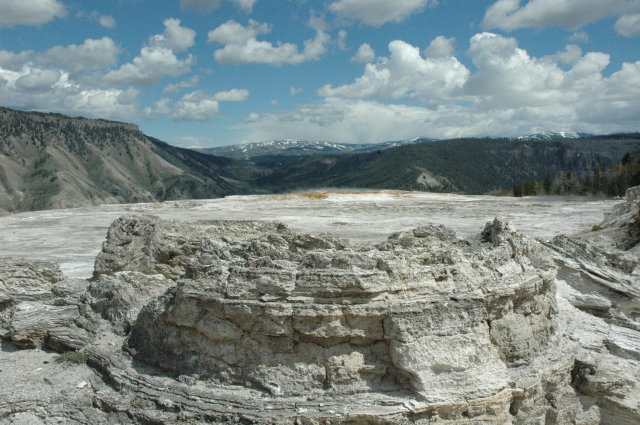 "Our pitcher's mounds are formed by hot springs interacting with not limestone, but good, old-fashioned mud." 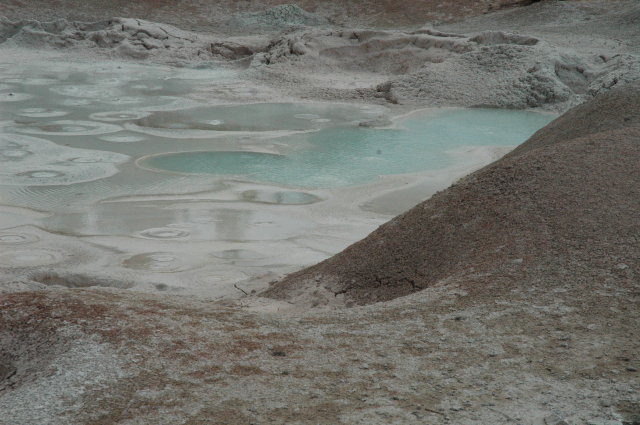 "And do you like our meadows?" Mr Wolff asked. "Our outfield and infield lawns are grown in totally organic settings, under real sunlight, analog watering systems, and natural fertilization."

Suddenly, the air was filled with screams of excitement. The screams came from Veruca Saltalamacchia. She was pointing frantically to the other side of the meadow. "Look! Look over there!" she screamed. "What is it? He's moving! He's walking! Down over there by the river!"

Everyone stopped picking buttercups, and stared down by the river. 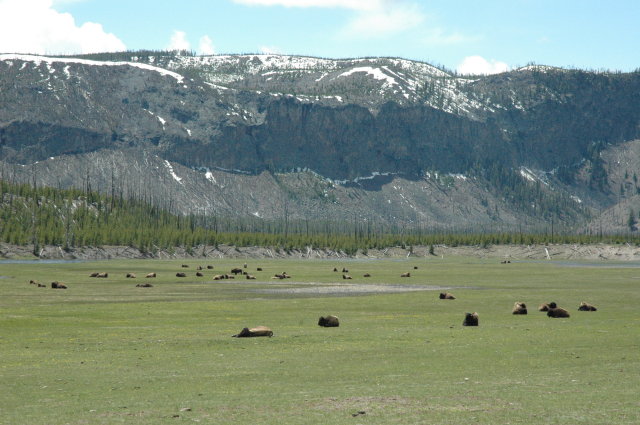 "Of course they're real," Mr. Wolff answered. "They're Kempa Loompas."

"Mr. Wolff," cried Mrs. Saltalamacchia. "I am a teacher of geography..."

"Then you'll know all about it," said Mr. Wolff. "Oh, what a terrible country it is! Houses made of pie, and riding giraffes for transportation, crumpling empty bags of potato chips, which make the mice in the woods get mad, which leads to a plan in the mind of mice to eat the houses, and after which the Kempa Loompas all end up homeless. 'Look here,' I said (speaking not in English of course but in West Xylophonian), 'look here, if you and all your people will come back to my country and live in my factory, you can live in a forest without potato chip bags, without houses made of pie, and where the mice in the woods don't really get mad. And so they agreed, and now all they work for me. Well, all but the One Who Got Away." 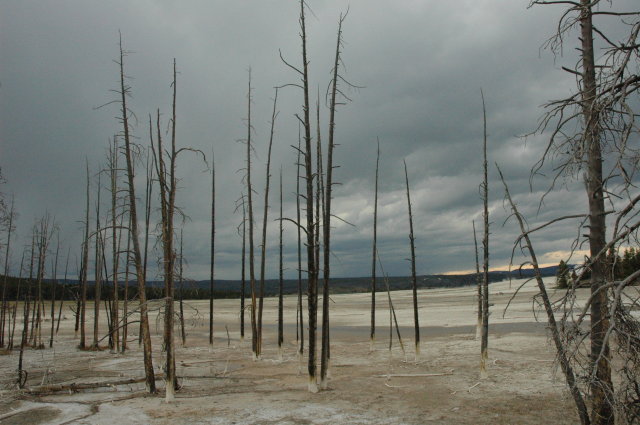 "Do you know how much of a tree is wasted in making one baseball bat? Ash and maple both have all sorts of leaves and branches and roots and whatnot, and all of that is thrown away just to make a small little bat. In order to keep our carbon footprint to a minimum, we are breeding a special bat tree that over the course of successive generations, will only just grow enough wood to make a bat." 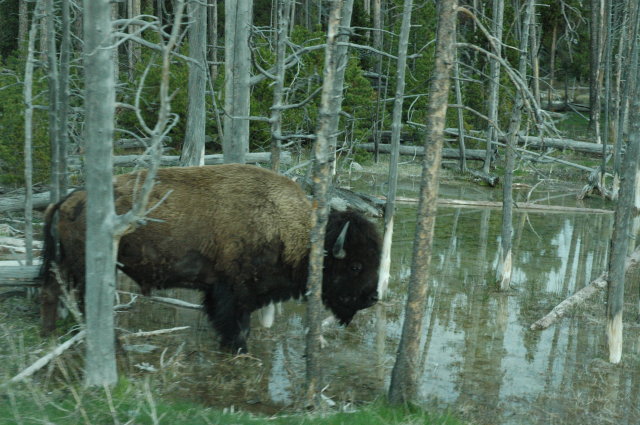 "The Kempa Loompas love the bat woods. It gives them all the pleasures of their ancestral home without the discomforts. And the Kempa Loompas who tend to our bat trees are very proud of the contributions they are making to reducing baseball's impact on the environment."

Mr. Wolff clicked his finger, and another Kempa Loompa appeared immediately by his side. "Escort the Borowski family to the Squishy room, where they can meet up with Violet." 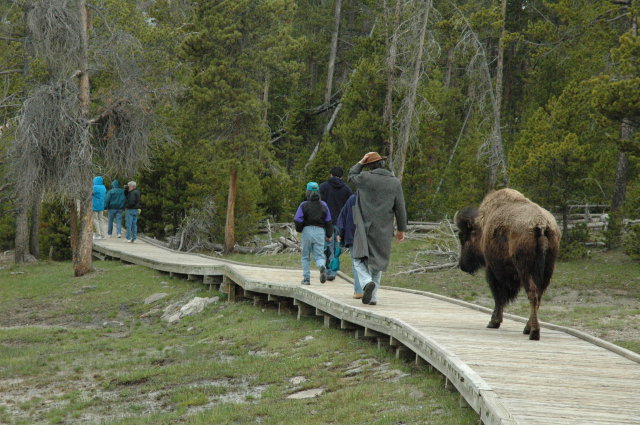 "I've never seen anything like it!" cried Mr. Wolff. "The A's fans are disappearing like rabbits! But you mustn't worry about it! They'll all come in the wash!" There were only two fans left now: me, and Travis Bucket. "Shall we move on?"

"Yes, but my feet are getting a little tired." I said. "And I want to check my email and my blogs." 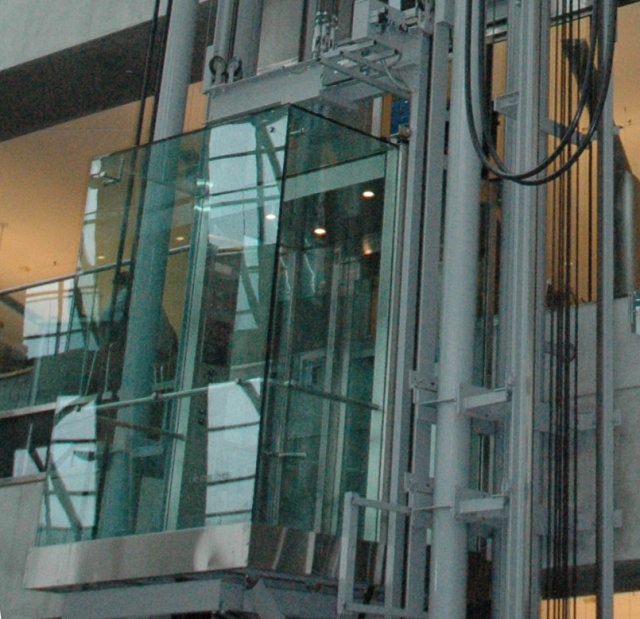 Wily Wolff and the Ballpark Factory, by Ken Arneson, coming soon to a bookstore near you.

Comments
1.   Derek Smart
When you first spotted the Kempa Loompas, was it was four minutes of two?

3.   scareduck
I'm not sure, but I have a bad feeling about Ned Colletti and Matt Kemp's trade to Oakland for a bucket of warm spit.

4.   Philip Michaels
"The waterfall is most important!" continued Mr Wolff. "It mixes the beer! It churns it up! It pounds it and beats it! It makes it light and frothy! No other ballpark in the world mixes its beer by waterfall! But it's the only way to do it properly! The only way!"

"Who are those horrible orange men?"

"Tell them I hate them."

6.   Linkmeister
I'm confused. Did Veruca end up in a fumarole (not to be confused with a profiterole)?