Apparently, doctoring photographs for use in news stories is all the rage these days, so I thought I'd dip my hand into the popular culture of the day and test the waters.

Here are some photographs I (presumably) took from Sunday's A's-Devil Rays contest in Oakland. See if you can tell which photos are real, and which ones are Photoshop. 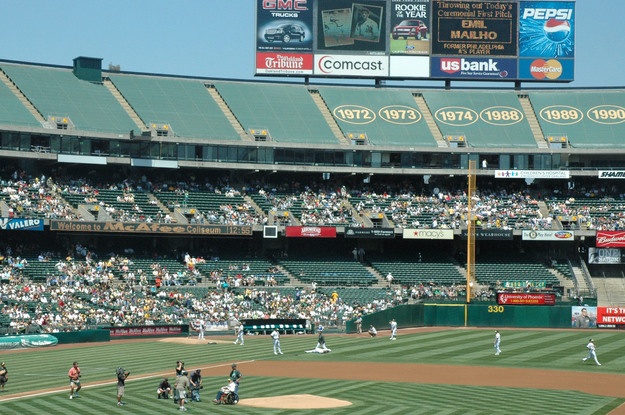 Photoshop. Emil Mailho is real, but with few cuts and pastes in the upper right corner, I made it appear that neither Mickey Hatcher nor Billy Hatcher had ever existed.

The A's take the field. 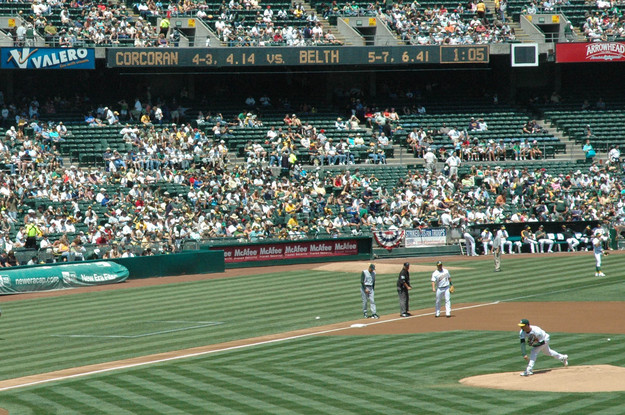 Photoshop. The part about Corcoran is real, but everybody knows that Belth has an ERA way better than 6.41.

Esteban Loaiza starts the game off with a hard fastball to B.J. Upton. 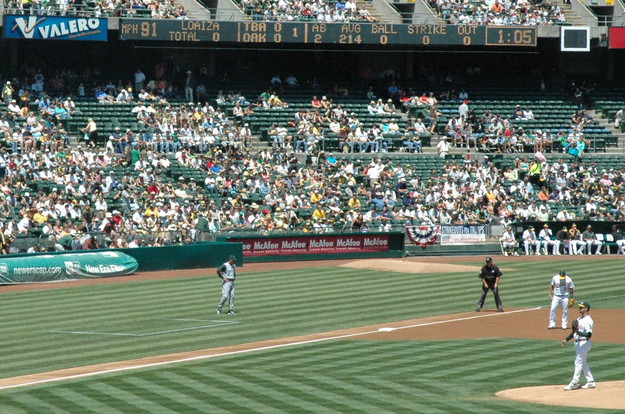 Real. When Loaiza's first pitch showed 91mph on the radar gun, my first thought was this:

And then my second thought was this:

Where had this velocity been all year? Later, Loaiza threw a pitch that measured 95mph on the stadium gun. What the heck? With his velocity suddenly returned from its AWOL status, Loaiza cruised through the game. After six innings, he had only thrown 58 pitches. He was at 90 pitches through eight.

As an aside to this, even though Loaiza had Upton befuddled most of the afternoon, striking him out three times, I kinda fell in love with Upton anyway. His swing is so quick and smooth, it's quite a lovely thing to behold. I think he has the most aesthetically pleasing swing I've seen in years. 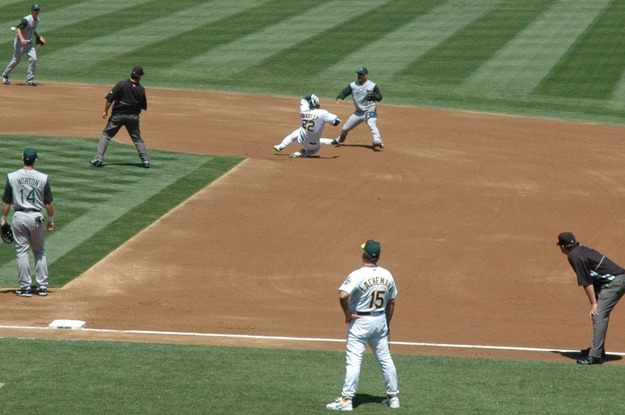 Real. Yes, the A's actually stole a base in this game. 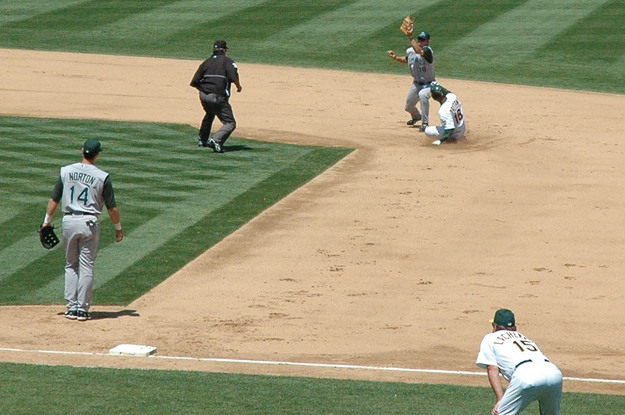 Real. Yes, the A's actually stole two bases in one game! I'm not making this up!

On this pitch, Eric Chavez launches a home run. 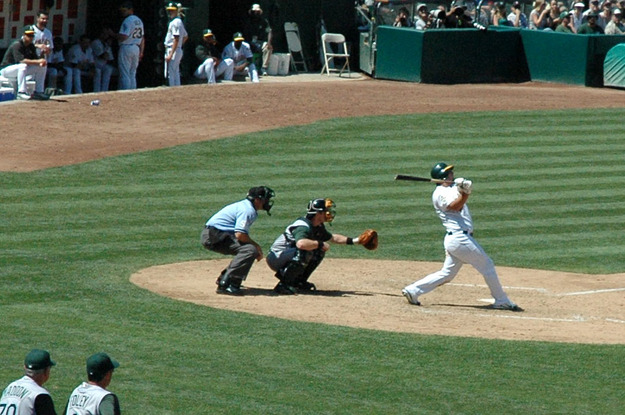 Real. It may seem hard to believe, since Chavez had only hit one home run since June, but he actually got all of one in this 7th inning drive. This was a monstrous towering blast, that went a mile high, taking forever to come down just beyond the right field fence. I don't think I've seen a ball go so hard, so high, and so far since Mark McGwire roamed the Coliseum.

The A's hold on to win their shortest game of the year. 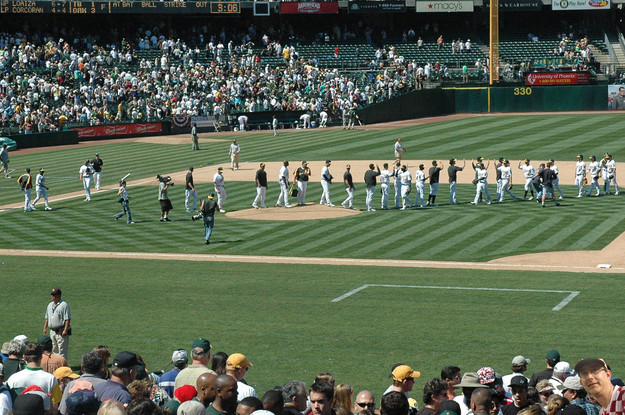 Photoshop. Yes, the game only lasted two hours and one minute. But Bob Timmermann and his checkered jersey were not actually in attendance.

Comments
1.   Bob Timmermann
Well, I'm embarrasssed at missing one of them.

...but I'll be at the Rays/Jays game on Tuesday, anybody I need to trash talk for ya?

4.   Philip Michaels
I knew the Milton Bradley photo was real, just because he possesses the ugliest slide of a Major Leaguer since Pedro Guerrero.

Am I the only one who expects each Bradley slide to be quickly followed by a mad dash by trainer Larry Davis out to whatever base Milton is writhing near?

5.   Bob Timmermann
I apparently have a future in live action versions of "Where's Waldo?"

7.   unmoderated
ok, now i feel dumb.
i missed the links the first time around.
this always happens when i post at 7 am.

8.   mehmattski
Alex's high ERA is clearly a result of that one inning where 15 straight bloop singles was followed by 2 grand slams. If you look at his K/100 pitches and HR/9 rates, he's actually a much better pitcher than Corocan. Don't listen to the scouts when they say Alex doesn't have the "stuff." I also heard Alex throws a gyroball. And that Ken Arneson wears Alex Belth pajamas.

9.   Philip Michaels
I think if you really wanted to stump people, Ken, you should have photoshoped in Marcel Lacheman over Rene.

10.   Bluebleeder87
the guy in the first picture in the left hand corner with a red shirt looks like he's getting ready to sit in the toilet & poop.