Few things are less exciting than sleeping, but Sunday's A's-Giants game may have been one of them. I arrived back in the Bay Area after my 11-hours-jammed-into-a-French-sardine-can flight from Europe Saturday afternoon, and headed out to the Coliseum the next day still zonked by jet lag. A good nap would have been more valuable to me than watching Matt Morris put the A's bats to sleep for nine innings with his assortment of well-located slop. On another day, I may have been able to appreciate Morris' craftsmanship, but on this day, I was simply bored.

I would have much preferred to have seen Barry Zito's return to the Oakland Coliseum on Friday night than this game. That would have had some emotional resonance worth remembering. Unfortunately, with a 4AM CET game time and a 10AM flight out of Charles de Gaulle Airport (which, I must add, seems to have been designed by committees of Microsoft engineers rather than Jonathan Ive), I spent the entire game sleeping inside Paris Hilton.

If I had to relive one of these--either the night inside Paris Hilton, or the day outside Matt Morris, I suppose I'd take the sleep. But really, aside from the relief of finally returning to home and family, I'd rather just forget the whole weekend. Here is pretty much the only thing worth remembering from Sunday's game, Travis Buck's triple off the centerfield wall: 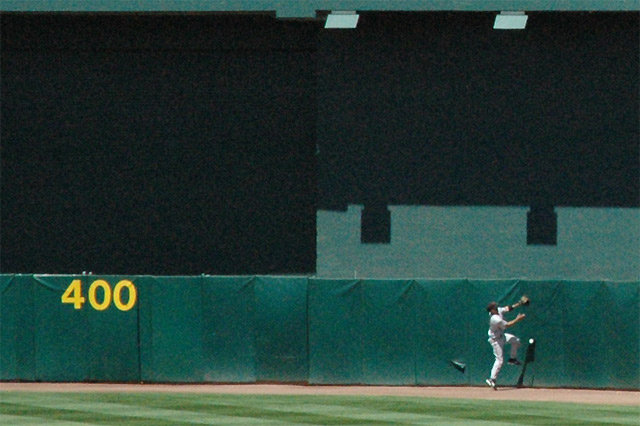 And that's enough of that. To me, personally and for the Oakland A's, 2007 has been just dragging along, starting, stopping, unable to kick into gear for one reason or another. It's time to get a move on. Let's get this party started.